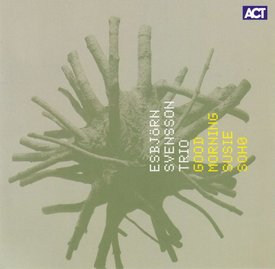 Recorded at Atlantis Studio, March - April 2000
Mixed in May 2000
Technician: Janne Hansson
Mastered by Johan Ekelund at Stereolab in June 2000
Produced by e.s.t.

Traditionally, jazz is by invitation only. Those in the know guard their secrets tightly, and deviants are regarded with a certain amount of suspicion. To be commercial is to sell out and if you sell out you’ll loose the hard core fans.

Not so with Esbjörn Svensson Trio. The trio has sold three times as many albums as jazz acts normally do, but they still manage to stay on the good side of jazz aficionados and critics. The trio plays upwards of 100 shows each year to a very varied audience. Besides the usual jazz audience you’d be as likely to spot a little old lady as an advertising exec or high school kids. This year, the trio will include matinees on their tours to give their younger fans a chance to see them live. Their favourite moments are spent improvising on stage, and this is how they keep their material fresh and ever evolving. No two shows are the same and to a large extent, the band tries to capture this loose, improvisational vibe on record, and they rarely do more than one take in the studio. The recording process that led to "From Gagarin’s Point of View" (ACT 9005-2), that also became the first Swedish jazz video shown on MTV, is significant to how the band works: "We were working on another project, and had a few hours to spare, so we sat down and played a few songs", Esbjörn says. "Those songs make up about half the album, with the other half recorded in two similar sessions". "Keeping the spontaneity is extremely important to us", explains Magnus.

Esbjörn Svensson can’t imagine life without music. He’s been making noise for as long as he can remember; on pots, pans, tabletops and briefly playing the mandolin before settling in by the piano. Grade school was spent planning tours and designing album covers for the bands he was in, most of them including drummer Magnus Öström. 1993 Dan Berglund joined the band, and the three of them have since held what they call a "musical conversation" ­ the critics call it "breathlessly beautiful", "the most touching moment I’ve ever heard on record", "a brutal force" and "jazz at it’s best". The critical acclaim and awards haven’t changed how the three good friends view their musicianship. "We set the highest standards for ourselves. What anybody else thinks is secondary", Dan states. "We are still inspired by any and all music; Björk is one of my personal favourites", says the former metalhead. No surprise then, that the collaborations that the trio has been involved in have spanned a wide variety of Sweden’s most successful artists. Their 1997 recorded album "Winter in Venice" (ACT 9007-2) received the Swedish Grammy

1999 EST has participated in Cool Sweden at Midem in Cannes as well as the Swedish Jazz Extravaganza in London. The same year the group also has played at the Kongsberg Jazz Festival, the Montreux Jazz Festival along with Eagle Eye Cherry and Nils Landgren, at the Red Sea Jazz Festival in Israel together with Viktoria Tolstoy and at the Hultsfreds Festival. Besides that there have been tours to Germany, Switzerland, England, Nothern Ireland and South Africa, and the group has shared the stage and master classes with Chick Corea, John Scofield, Brad Mehldau Trio and others.

Great reviews in Der Spiegel, The Guardian, the Birmingham Post (which gladly compares Esbjörn Svensson with Keith Jarrett) and an interview by the Billboard Magazine support the enormous success of this incredible trio that now can be heard on its new album "Good Morning Susie Soho" (ACT 9009-2).