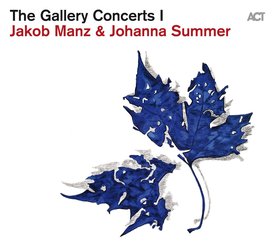 The Jakob Manz Project won first prize at the Future Sounds 2018 of the Leverkusen Jazztage, in April 2018 the band received first prize and the audience award at the international jazz prize Biberach. Band leader Jakob Manz (*16.05.2001) has played with such renowned musicians as Wolfgang Schmid, Randy Brecker, Ack van Rooyen and Wolfgang Dauner. At the age of 16 he was already a member of the Bundesjazzorchester (BuJazzO), with which he performed in concert halls such as the Elbphilharmonie Hamburg, the Kölner Philharmonie or the Gasteig Munich as well as in various countries (e.g. USA, Canada, Albania, Netherlands).

"Young blood beats them all: Jakob Manz and his band chased the spirit of jazz with vigour through the Forum - and this led to the audience applauding standing up at the end". (Kölner Stadtanzeiger about the performance at the Leverkusener Jazztage)

The Art in Music – Siggi Loch has had the clear objective to foster creative interaction between jazz and visual art ever since he founded ACT in 1992. As a producer who is also an art collector, he loves to bring not only topflight musicians together around him, but visual artists as well. Works by Philip Taaffe, Gerhard Richter, Martin Noël, Martin Assig and many more don’t just adorn album covers, they are also on display at the ACT Gallery in Berlin.

And it is there, in the gallery, before a small and select audience, that private musical evenings known as the Gallery Concerts take place. The works of art provide an inspiring visual backdrop for artists to try out new things. The house concerts are special, up close and personal; these extraordinary musical experiences are now being made available for a wider public to enjoy. On 27 October 2021 Jakob Manz and Johanna Summer were performing...

Manz and Summer are two of the most outstanding talents to emerge from the young German jazz scene in recent years. As a duo, their dialogue is intimate, open and scintil-lating. The saxophonist (b. 2001) has shown above all through his band the Jakob Manz Project that he is a passionate exponent of contemporary jazz-rock, playing “amazingly sophisticated, powerful, soulful-funky music with groove” (Jazzthing).

In partnership with Johanna Summer (b. 1995), he also shows his mastery of the quiet and the lyrical. German jazz icon Joachim Kühn admires his young pianist colleague, and is full of praise for her “music, so full of fantasy and beyond category”. With Summer, nothing is ever done for the sake of surface effect; it is all about the storytelling, and her fully-formed instincts for dramaturgy, dynamics and harmony. From the very first note, it is evident how perfectly matched Manz and Summer are. A magic and freedom emerge in the way they play together.

Inspired by the spirit of discovery, they have the courage to surrender to the moment and be totally spontaneous, fresh and carefree in their musicmaking. Any flaws just become part of the charm. Manz and Summer's “Gallery Concert” is a musical prologue: one can still only guess where and how this artistic relationship, still in its early stages, might develop.