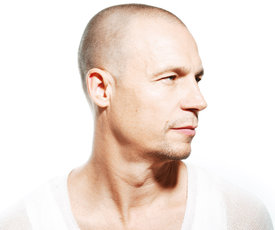 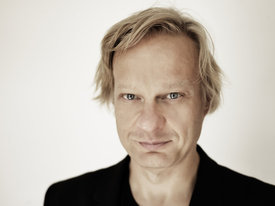 The Swedish pianist Esbjörn Svensson, who died in a tragic accident in 2008, changed the course of jazz in Europe in this century. He breathed new life into the most classic of all jazz formations, the piano trio, because he had a compelling vision of how he could make it function like a rock band. That concept ran right through what he did: from the group's outward appearance to way they cohered and kept their sights firmly fixed on their shared musical concept. The trio e.s.t. always drew the listener in quite brilliantly with their catchy melodic hooks, their particular way of circling and repeating, insistent and completely mesmeric.

The result was that Svensson became the pop star of jazz. Countless bands have followed his example and adopted the basic design of e.s.t. Svensson's concept of crossing genres has also been a major influence on a whole host of the leading European jazz pianists of our time.

The Finnish pianist Iiro Rantala, who has without question developed a style which is entirely his own, nevertheless includes Svensson among the musicians who have inspired him. Rantala has been developing and refining his own ways to pay homage to his musical heroes. The most recent example is an album devoted to John Lennon, “My Working Class Hero,” but he first embarked on this kind of very personal venture earlier, in 2011, with “Lost Heroes”, an album for solo piano which also marked his debut on the ACT label. That album garnered the prestigious “Jahrespreis der deutschen Schallplattenkritik” and was honoured in the ECHO Jazz awards. Rantala pays tribute on it to his personal musical icons, from Jean Sibelius to Bill Evans and Michel Petrucciani – and even Luciano Pavarotti. There is also a nod on this album to fellow pianist Esbjörn Svensson with Rantala's emotionally affecting composition “Tears For Esbjörn.”

That one piece, that germ of an idea was to grow into a full-length concert in the series "Jazz at Berlin Philharmonic". When it took place, on 1st October 2015, Iiro Rantala was able to draw on the support of several prominent musicians, all of them artists who have chosen to follow in Svensson's footsteps as far as the crossing of genres is concerned. That major event in remembrance of the "lost hero" Svensson was not just a triumph, it was also a deeply moving occasion.

The concert also included one musician whose working relationship with Svensson had been particularly close, the singer Viktoria Tolstoy. She has been called - and with good reason - 'Esbjörn Svensson's voice'. She was the one artist for whom the pianist had been prepared to depart from the discipline he imposed on himself of concentrating all of his considerable energies on e.s.t.

As early as 1997, Svensson took the then 22-year old singer under his wing for her first album "White Russian". He co-wrote the highly melodic pop-jazz songs which feature on it, and produced the album too. e.s.t. became Tolstoy's backing band on that album, and also accompanied her on the road around Germany for her first tour. Later, in 2004, Svensson wrote and arranged all of the material for her ACT debut album „Shining On You,“ and played piano on the album - under the pseudonym Bror Falk. Guitarist Ulf Wakenius is another musician with a special connection with Svensson. He was a huge admirer of his compatriot and in 2008 became the first musician to devote an entire album to pay homage by playing Svensson's music.

The remaining two members of the all-star band at the Berliner Philharmonie were musicians who had already worked with Rantala on "My History of Jazz," and who share a multiplicity of connnections with all of the others involved in the concert. In the first instance there is Swedish bassist and cellist Lars Danielsson, a pivotal figure in European jazz, and also the Danish drummer Morten Lund, who has participated on at least 60 albums by major international stars, and is regularly to be heard alongside members of the ACT label family such as Cæcilie Norby and Adam Bałdych, and indeed with Rantala himself.

Rantala and his co-protagonists, in various formations, evoking different moods and adopting any number of interpretative strategies, have turned their attention to a number of the best known of Svemsson's compositions, which now form an intrinsic part of the Great European Songbook. The sequence of tracks takes in the mysterious slow motion Nordic atmospherics of “From Gagarins Point Of View.” which was the first hit for e.s.t., the drama of “Seven Days of Falling,” presented here as a piece for a guitar trio to improvise over, and the “Dodge the Dodo,” which was e.s.t's signature tune in their concerts. The title track of the album, “Tears For Esbjörn,” performed by the trio of Iiro Rantala, Lars Danielsson and Ulf Wakenius serves as a kind of prologue to the album. As the album's epilogue, John Lennon's “Imagine” brings an optimistic, Utopian vision, and creates an atmosphere which is consistent with Svensson's work and its wonderful power to connect.

“Love is Real” is there too, as is to be expected. Svensson's most emotionally charged composition, and now a jazz standard, is movingly sung by Tolstoy and seems to justifies the album title “Tears for Esbjörn.” Tears for the loss of an irreplaceable artist such as Svensson are justifiable, even inevitable. The man was taken from us, and cruelly early, but there can be no doubting the durability of his musical legacy.