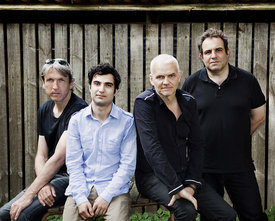 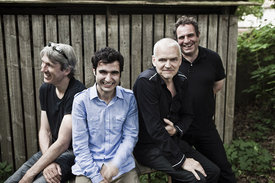 "Never change a winning team" – The old sporting wisdom can also be applied to music: When soul mates and perfectly matched musicians find one another, they are well advised to stick together. "Liberetto II" by the exceptional Swedish bassist and cellist Lars Danielsson is the living proof. Three years ago he found a quartet with the former e.s.t. drummer Magnus Öström, the British guitarist John Paricelli and most of all as a new dream team duo with Armenian pianist Tigran. It interpreted his compositions and realised his musical ideas more precisely than probably any ensemble before it.

STERN magazine attested the Liberetto debut, which hit store shelves in 2012, a "mighty energy" that unleashes itself from a power centre of serenity. On "Liberetto II", Danielsson and his quartet take that energy a step further, exploring new musical dimensions at the borders between chamber jazz, classic and European folk. The melody is always the focus, and the way they develop and creatively manipulate it stands – as Danielsson's title neologism suggests – to equal parts in the formal tradition of European classical music and in the improvisational freedom of jazz. The uniting element is not just an intellectual abstraction, as is so often the case in many crossover experiments: "Understanding music is entirely a matter of honest feeling. If you think too much while you are playing, the narrative, the authenticity, the essence of the music can be lost. That is why it feels so natural to play and listen to jazz, because all you need to do is open your heart, soak up the music and enjoy the ride. Strictly speaking that is true for every kind of music, because music should always come from the heart and not the head," is Danielsson's credo.

What he means by that is ideally illustrated by a piece like "Passacaglia": A nimble melody, here carried by Tigran's piano, invites the others to give it structure and a rhythmic foundation and to develop it further. Classical forms of theme variations and the jazz principle of theme, bridge and revival provide the structural framework within which each musician is free to express himself. And Danielsson proves himself once again to be a grand master of atmosphere – the art of taking a melodic miniature and transforming it into an elegiac tale that you emotionally simply can't escape; like "Miniature", in which a simple musical motif evolves into a melancholy work of art.

Just as on the debut of this collaboration, Tigran is once again a masterful and kindred spirit in interpreting Danielsson's visions on this album, especially when they have their origins in Scandinavian folk music. The compositional contribution of this virtuoso, who has homes in France and the US, but who is also influenced by the melodies of his homeland, is not only the title "Swedish Song", it is also how it underscores what Danielsson already ascertained the first time they worked together: "Tigran's songs sound more Swedish than mine."

To add even more colour to "Liberetto II", Danielsson this time also invited further likeminded artists as special guests to the recording sessions in legendary Rainbow Studio in Oslo and Tia Dia Studio in Sweden's Mölnlycke. For example Mathias Eick, the young Norwegian trumpeter, who carries the baton of the tradition of the lyrical-spherical Nordic trumpet sound like no other, while at the same time interpreting it in a modern way. Just how fantastically that harmonises with Danielsson's musical concept was already plain to hear on the 2009 album "Tarantella". And this  time around, on "Liberetto II", Eick is already the resounding voice on the opener "Grace" – assisted by Sting guitarist Dominic Miller – lending an irresistible character to Danielsson's melodic concept, and then again later on the almost classical triptychon "I Tima", "II Blå" and "III Violet". On "Eilat", to which Danielsson was inspired by a sojourn in the Middle East, the Israeli percussionist Zohar Fresco, with whom Danielsson plays with Leszek Możdżer, helps build the mood. Just as logical is the conclusion of the album: with onomatopoeic vocalisations, Cæcilie Norby adds the final touch to "Beautiful Darkness". Not only is she a magnificent singer, she also moonlights this time as the producer of the album.

In the final assessment, music is a matter of feeling. This masterful Liberetto ensemble gives Lars Danielsson the greatest possible freedom to express himself, to create sounds that are first and foremost one thing: touching.