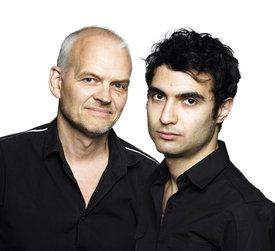 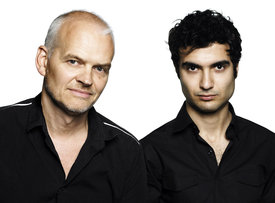 Happy coincidences can often lead to extraordinary results. No-one could have foreseen that Lars Danielsson and the Armenian pianist Tigran would pair up to form the new dream duo of the European jazz scene, when in fact the two musicians played their first concert together only one week before the scheduled recordings of Liberetto. It was clear from the first note that two musical soulmates had found each other, and despite it happening by coincidence the result of their meeting was all the more intense. Lars Danielsson says: “Tigran sees my music exactly the way I do and he composes music exactly the way I would do myself. For example, his ‘Svensk Låt’ sounds more Swedish than my songs. It was simply fantastic to record this album with him.”

Similar to his partnership with the Polish pianist Leszek Możdżer, with whom Danielsson formed an excellent collaboration on his previous albums Tarantella and Pasodoble, Tigran now joins the bassist and cellist in creating an exceptional level of musical dialogue. If you consider the career of the 24-year-old pianist, this promising collaboration seems logical - Tigran, who is commuting between New York and France, is not ‘native to jazz, but rather received a classical education (as did Danielsson). Yet early on Tigran discovered his affection for rock and jazz and thus he became an explorer of sound who is fond of details, with an ear for catchy melodies and is open to different genres. His method of composition always starts with improvisation, but once the piece is ready he is fond of fixed structures – another thing he and Danielsson have in common. Both his technique and expression are so stunning that Tigran won both the Thelonious Monk and Martial Solal competitions when he was still a teenager.

On Liberetto Lars Danielsson remains true to his musical language and style, with often melancholic and uniquely fragmented melodies, a search for new musical spaces and an inherent sense of lyricism. However, here he goes one step further – Liberetto is more intense and more interactive than Danielsson’s previous albums, perhaps leaning further towards chamber jazz, and this has a lot to do with the musicians with whom he recorded the album.

Danielsson’s longstanding desire to work with former Esbjörn Svensson Trio drummer Magnus Öström finally came true. Öström has also been broadening his musical spectrum and according to Danielsson he was therefore the ideal choice – he was an inspiration and brought in a range of new and interesting ideas. Unsurprisingly his playing often finds common ground with e.s.t., as clearly demonstrated on “Svensk Låt” (which, astonishingly enough, was composed by Tigran). On this track Öström revives the energy of the most successful jazz trio of the last 20 years. The British guitarist John Parricelli, with his wonderfully subtle style, is an old acquaintance from Tarantella; and Arve Henriksen, who has consistently proven his standing in the great tradition of lyrical Scandinavian trumpet players, appears as a guest musician.

With this line-up Danielsson paints beautiful and exciting pictures in a whole new palette. Some pieces enriched by Armenian folk music (“Hov arek sarer djan”), sometimes ecstatically happy (“Party On The Planet”) and occasionally mysteriously ethereal (“Hymnen”). This is something he had in mind when he came up with the project’s title, Liberetto. “The neologism describes a certain mood in which I want to create my music,” he says. “The word is connected to my previous albums, both linguistically and through its inference to classical music terminology. And it emphasises the freedom that I constantly want to express with my music, and makes it an open book.” With such co-authors as Tigran, the happy coincidence that led to the beginning of this story makes for a very happy ending indeed.