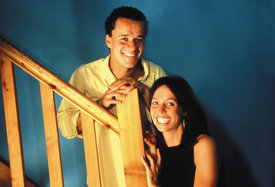 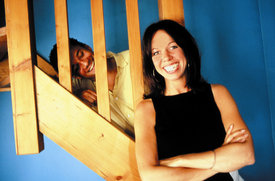 "Dionne made the music shine", writes Swedish singer Rigmor Gustafsson in the liner notes for this CD, in which she explains that since her childhood she has been fascinated by Dionne Warwick’s voice and songs, which she interprets herself on her new album "Close To You" (ACT 9418-2), "A humble tribute to one of the greatest singers in the history of pop music", is the way in which the younger colleague describes her own versions versions, but this record is more than that, filled as it is with glittering readings of classic material.

This Swedish jazz singer has a uniquely flexible and pure voice. After her performance at the Berlin Jazz Festival 2001 she was celebrated as a "new star in the vocal heavens". Just one week after the release of her debut for the ACT label in 2003, "I Will Wait For You" (ACT 9418-2), she was at number 1 in the Swedish jazz charts, displacing Norah Jones who had held the position for 74 weeks.

Another factor that makes this record a classic is the exceptionally delicate playing of the Jacky Terrasson Trio, which also has an intensity bordering on the explosive. Jacky Terrasson was born in Berlin, the son of an Afro-American mother and French father, and has not just gained an enviable reputation as a pianist of enormous virtuosity, but also as an interpreter of a wide range of evergreens, from Charlie Chaplin’s "Smile" through to Stevie Wonder songs such as "Isn’t She Lovely" to French chanson classics ("Sous le ciel de Paris") bringing new rhythmic, acoustic and lyrical pleasure to the music. (Blue Note album "Shine", 2002)

Rigmor Gustafsson and Jacky Terrasson got to know each other on the "JazzNights" Tour in 2003. Both played on the same bill nightly, Terrasson with a trio, Gustafsson with trombonist Nils Landgren and his band. During this tour they developed the idea of recording a Dionne Warwick tribute together. In July 2004 it finally came to fruition when they met for the recording in Southern France. They did all the arrangements together and Nils Landgren produced the CD.

An important element of "Close To You", named of course after a Warwick classic, is that they play songs that the duo Burt Bacharach and Hal David wrote especially for the gospel-trained Dionne Warwick, maestro of the soft timbres and flowing modulation. Their hits of the Sixties, such as "Walk On By", "I’ll Never Fall In Love Again" and last but not least the ode celebrating bad weather, "Raindrops Keep Falling On My Head", were chosen by Rigmor Gustafsson for this jazz tribute. Gustafsson is also attached to Warwick songs of later periods - especially those from the album "Then Came You", such as "Move Me No Mountain", for which Jerry Ragovoy wrote the music. "A little compilation of Dionne’s songs from the years 1963 to 1993"

is how she calls her CD.

Rigmor Gustafsson, trombonist Nils Landgren as guest and the Jacky Terrasson Trio, with the phenomenal support of a rhythm section comprising bassist Sean Smith and drummer Eric Harland, together achieve a musical masterpiece, keeping the spirit of the originals while managing to achieve a uniquely transparent sound. The lilting lightness and supple melancholy of Warwick’s own versions shimmer in the background like a musical memory while the flawless intonation and feather-light phrasing of Rigmor Gustafsson attach themselves naturally to the melodies, as if they weren’t written for anyone other than this dedicatee from Sweden.

Seldom have pop songs transferred to the jazz idiom so well. The new clothes that these soul classics wear seem made to measure, as if it was meant to be that they change from pop songs to energetic, contemporary jazz. Truly, they glitter and sparkle.