E.S.T. SYMPHONY - A living monument for one of the most influential figures of modern jazz

With over 750.000 albums sold, countless international awards, among them twelve gold and three platinum jazz records in Germany and six Swedish GRAMMYs, the Esbjörn Svensson Trio “e.s.t.” is considered the most successful and influential European jazz band of the noughties. The London Times elected their album “Live in Hamburg” #1 jazz album of the decade, the US jazz magazine DOWNBEAT featured the band on the cover – as the first European jazz act ever. On tour the band reached hundreds of thousands of listeners in Europe, North- and South-America and Asia. Thereby they succeeded in being extremely successful on the one hand but also enjoying an very high reputation among critics and other musicians. The band opened the jazz genre to new, younger audiences and sustainably influenced a whole generation of musicians. A success story that came to a sudden stop due to the tragic death of Esbjörn Svensson on June 14th, 2008.

With the release of the album E.S.T. SYMPHONY on October 30th, a vision becomes reality, that Esbjörn Svensson already had begun to realize: the music of e.s.t. in symphonic format. At the same time, the album is a living monument for Esbjörn Svensson, a deep bow of his friends and fellow musicians Magnus Öström and Dan Berglund, arranger and conductor Hans Ek, the Royal Stockholm Philharmonic Orchestra and the guest musicians Iiro Rantala (p), Marius Neset (sax), Verneri Pohjola (tp) ánd Johann Lindström (git).

“It would be a mistake to talk about Esbjörns music in past tense – because his music remains forever” says Nils Landgren, close friend and companion of Svensson. With the project E.S.T. SYMPHONY which has been organically growing over eight years and been performed live many times, modern classics like “Tuesday Wonderland”, “Viaticum” or “From Gagarins Point Of View” come to new life – thanks to a 90-piece orchestra and outstanding contributions by all band members. And even more: through the arrangement and transcriptions in sheet music, the e.s.t. pieces have now become immortal as from now on they can be performed independently from the band e.s.t. by any orchestra in the world and thus have become part of the treasure of great European symphonic music. 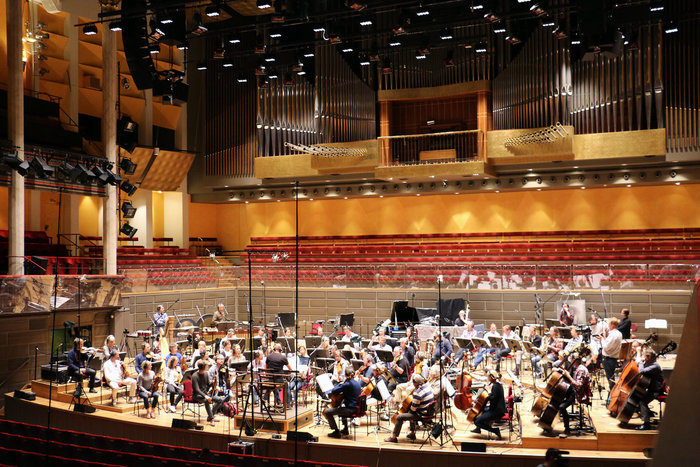 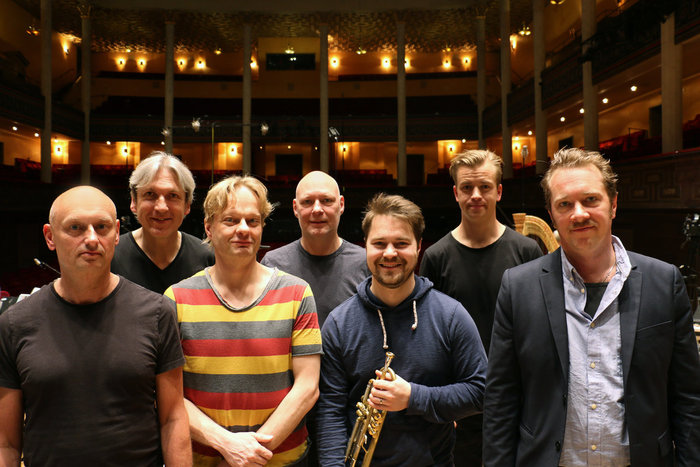 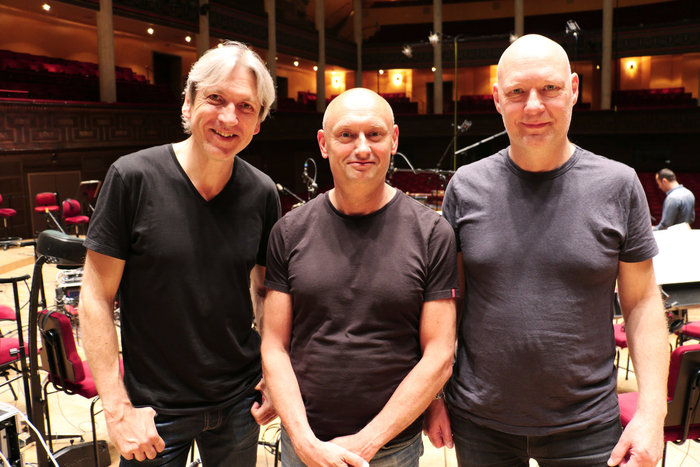 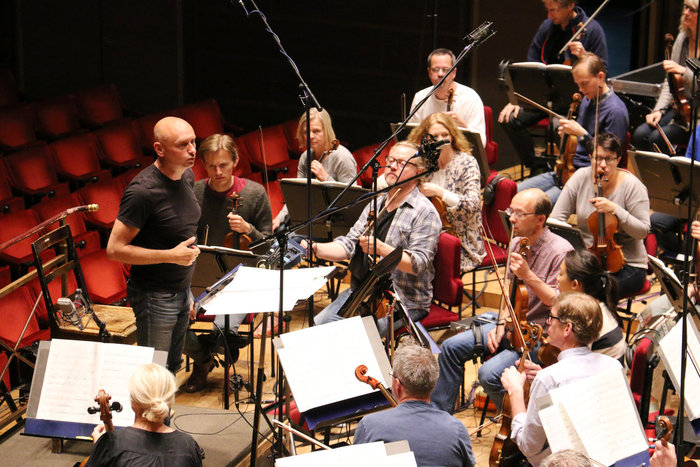