Back to Overview
25.11.2014ArtistMichael Wollny

The album “Weltentraum” by the Michael Wollny Trio has just been selected as Album Of The Year in the annual “Jazzwise Album of the Year Critics Polls 2014”. Jazzwise is the UK’s bestselling jazz magazine and ranks among the most important of its kind in Europe.

Jazzwise chief editor Jon Newey, representing the jury of 18 critics stated: “Michael Wollny Trio’s dark, subconsious journey through the dreamworlds took pianist and composer Wollny’s increasingly inspired vision to a new level of performance and imagination.” Earlier on Stuart Nicholson, one of Europe’s most renowned jazz journalists, called “Weltentraum” “Michael Wollny’s graduation from ‘rising star’ to ‘star’.”. Moreover, Jazzwise put the Michael Wollny Trio on the cover of their March issue, the first German band/artist in the history of the magazine to do so.

Internationally, critics and audiences alike were thrilled by “Weltentraum” making it the bestselling ACT album of 2014. In Germany, the album received the prestigious “German Record Critics Award”, reached the “German Jazz Gold Award” in only eight weeks time and made it into the official top 50 pop album charts.
In France the most important jazz magazine “Jazzman / Jazz Magazine” elected Weltentraum “Album of the Month”. The US-jazz magazine “Downbeat” rated the album four out of five stars.

Michael Wollny Trio “Weltentraum” is available on CD and 180 g vinyl-LP and on all major download platforms.
The new live album “Weltentraum live – Philharmonie Berlin” was released on 31st October. 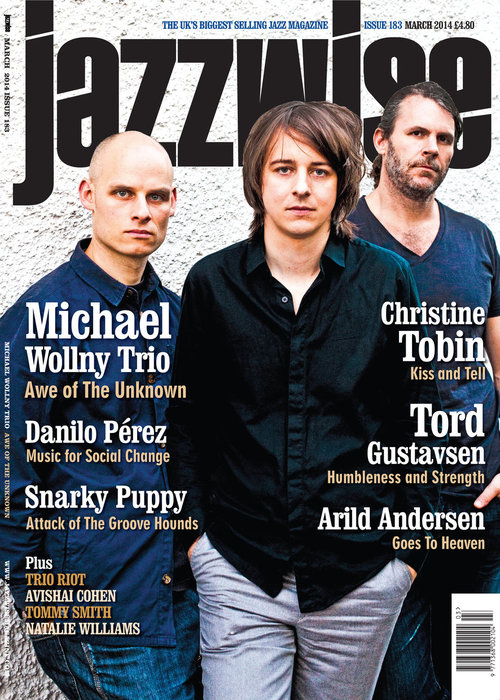